Traffic enforcement is normally referred to, as the supervision of road users’ compliance, with the traffic legislation, and punishment for non-compliance. The aim of enforcement is to prevent the occurrence of road traffic violations by means of control and punitive sanctions.

The fundamental issue of undefined authority and responsibility of the traffic police arises from the non-definition of traffic management. There are many areas of work that have been rested upon the traffic police by default which actually should not have been there in the first place. For example, the police are supposed to control traffic at uncontrolled junctions primarily because the road authorities have not traffic-engineered the intersection with need-based traffic control devices which demand the right of way. In India, therefore, the police are required to undertake the responsibility of traffic control and traffic engineering without any formal knowledge of the subject. Police today are required to ease congestion, fix speed limits, control traffic at controlled and uncontrolled junctions, and consequently, their main focus of enforcement is lost.

In spite of the various authorities and responsibilities the traffic police undertakes, there is hardly any training of traffic management, traffic enforcement, and traffic engineering at the police training schools, colleges, and academies. Nevertheless, by virtue of the authority which they assume by their appointment and uniform, the traffic system has become a slave to such a non-definition.

Another area which has become a part of the traffic-related policing is that of accident investigation.

Accidents in India are investigated normally by the law and order police. It is a fact that these officers do not receive any training on the road related legislation and consequently, they are unaware of the meaning and application of traffic control devices, the right of way principle. By a default system, they generally book the vehicle driver as guilty, and more so the driver of the heavier vehicle. The basis of conducting an accident investigation is to assign a person guilty of an offense rather than to determine the causes and consequences of crashes in order to undertake remedial measures.

The domain of Traffic Enforcement in India as well in many countries of the Southeast Asian Region is a bit complicated and consequently, the training needs include many areas which include: legislative understanding, traffic engineering, VIP traffic management, dealing with the public especially the non-motorized traffic, usage of technology, accident investigation, data management, pre-hospital trauma care and dealing with the courts and much more.

The Department of Traffic Enforcement

Over the last 29 years, the IRTE has played a role, that of the Government, without being asked to do so. From the development of enforcement technology, development and interpretation of the road traffic legislation, investigation and understanding of road crashes, development of tools and systems of police training and conducting the training itself.

Since 2002, the IRTE has been invited by the Sardar Vallabhai Patel National Police Academy, Hyderabad to conduct the training of IPS Probationers in the domain of traffic management and road crash investigation. For the years 2017, 2018 and 2019, the IPS probationer officers have attended this module at IRTE’s College of Traffic Management.

Since 2010, and on behalf of the Bureau of Police Research & Development, Ministry of Home Affairs, the IRTE has conducted 85 training programmes for police officers in the area of Road Accident Investigation.

Launched by India’s’ Transport Minister Mr. Gadkari in 2014, over the last 6 years the IRTE has conducted training for traffic police officers in 65 cities across India under the Road to Safety initiative, which was supported by the Diageo Foundation. Each programme was preceded by a research study conducted in all respective cities and adjoining highways, in order to understand the local conditions and problems. These include: causes and type of traffic violations, black spots, congestion, and issues related to traffic engineering and data management. Modules and delivery systems were tailor made to support the local police in their capacity building.

For the Ministry of Road Transport & Highways, Government of India, the IRTE has conducted 50 training programmes on traffic management and road accident investigation over the last 5 years, for officers of the transport department and the traffic police.

The IRTE has also conducted training for police officers from Myanmar, Sri Lanka, Bhutan, Nepal and Tanzania after conducting required research in the respective countries.

Training Programmes conducted at the Department of Traffic Enforcement include:

A few words about our courses

Our courses are designed to improve safety and order on public roads by equipping the officers with the knowledge and tools needed to perform their duties effectively.

Each of our training begins with a pre-assessment of knowledge. This helps in further tailor-making our training modules. All sessions are need based, and refer to local traffic and roadway conditions where the officers have to perform their duties.

Sessions are made in an interactive manner which include local film captures, and officers are encouraged to ask questions.

The traffic officers may already be familiar with road traffic rules as they have been applying them for some time. However, they need this training in order to refresh and review their traffic management skills and how best to enhance relationships with the motoring public and other road users

Our training is so designed and delivered that boosts the morale and refreshes their skills and knowledge. This surely helps improve performance, and make the officers more effective, and such changes have been observed towards better performance.

On the completion of each training programme, a post assessment of knowledge gained is always conducted.

In case any police organisation, desires to conduct a course in any of the above subjects, or in a mix of these, you may contact legaldesk@irte.com

We prefer to conduct the courses at the Department of Traffic Enforcement at the College of Traffic Management, however when numbers of personnel are large, we offer to do so at the destination.

We do insist on conducting a detailed local study in order that we make ourselves fully aware of the issues and problems to be addressed in our training. The study is conducted by a team of Road Safety Engineers of the IRTE. Thereafter a specially customised course is developed. Materials which are distributed also include the local legislation which is coordinated in the course delivery. 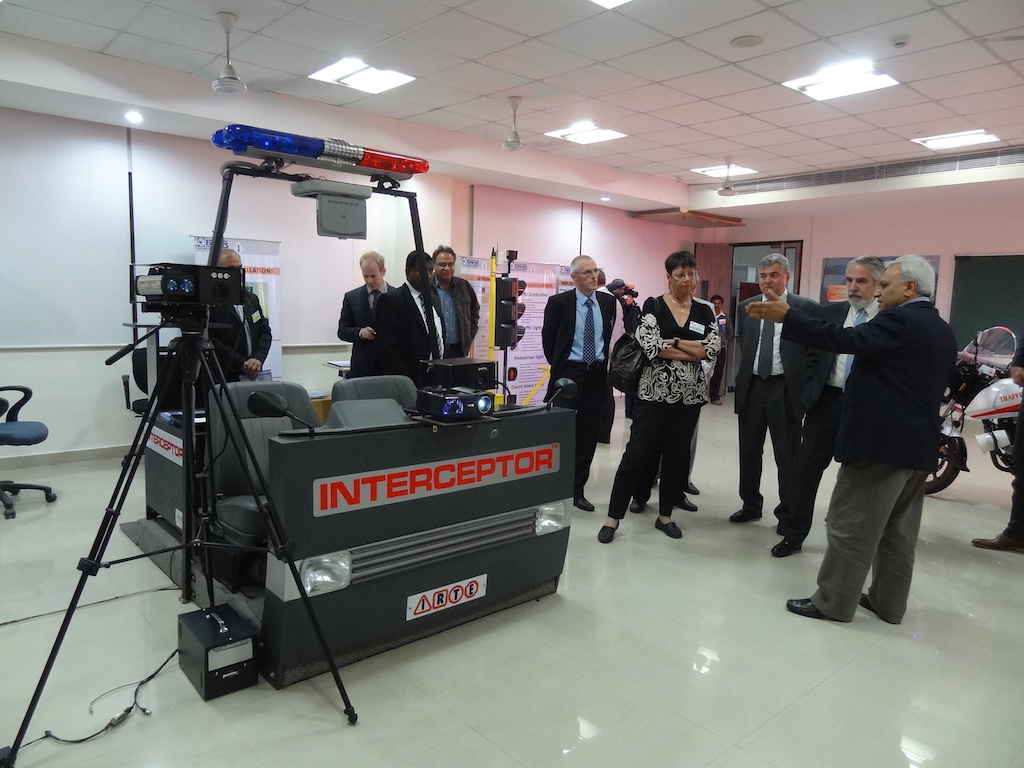 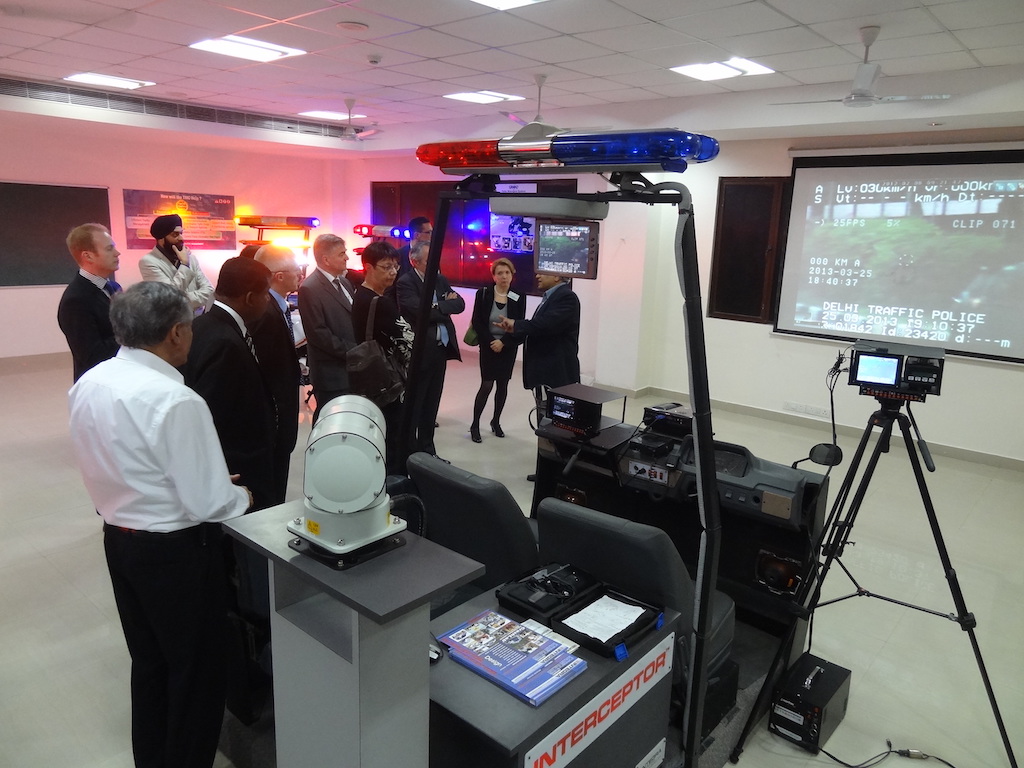 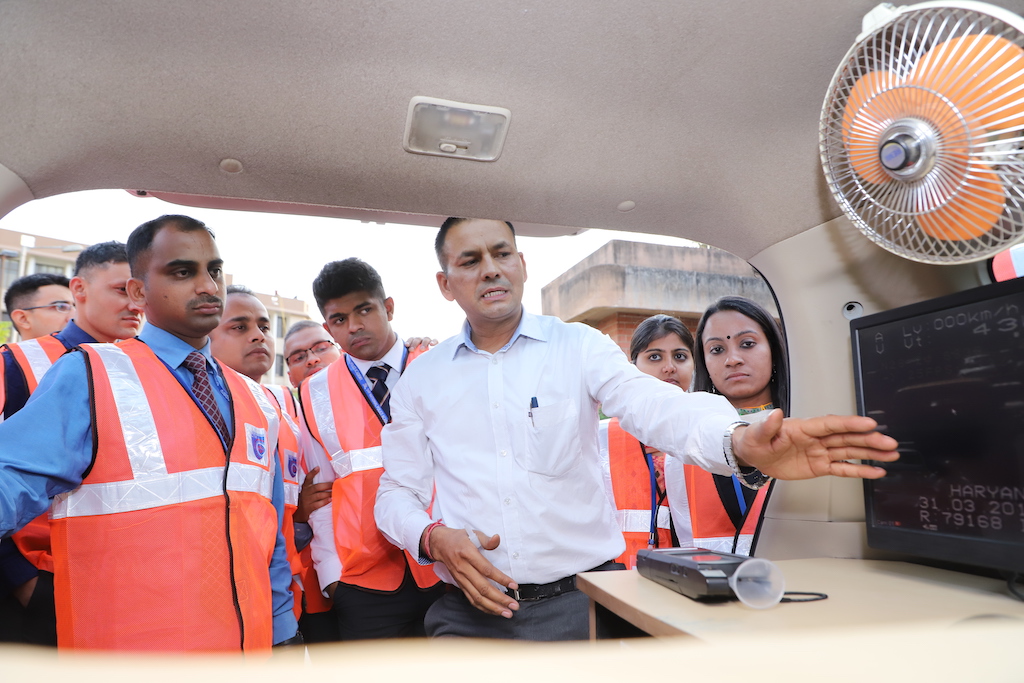 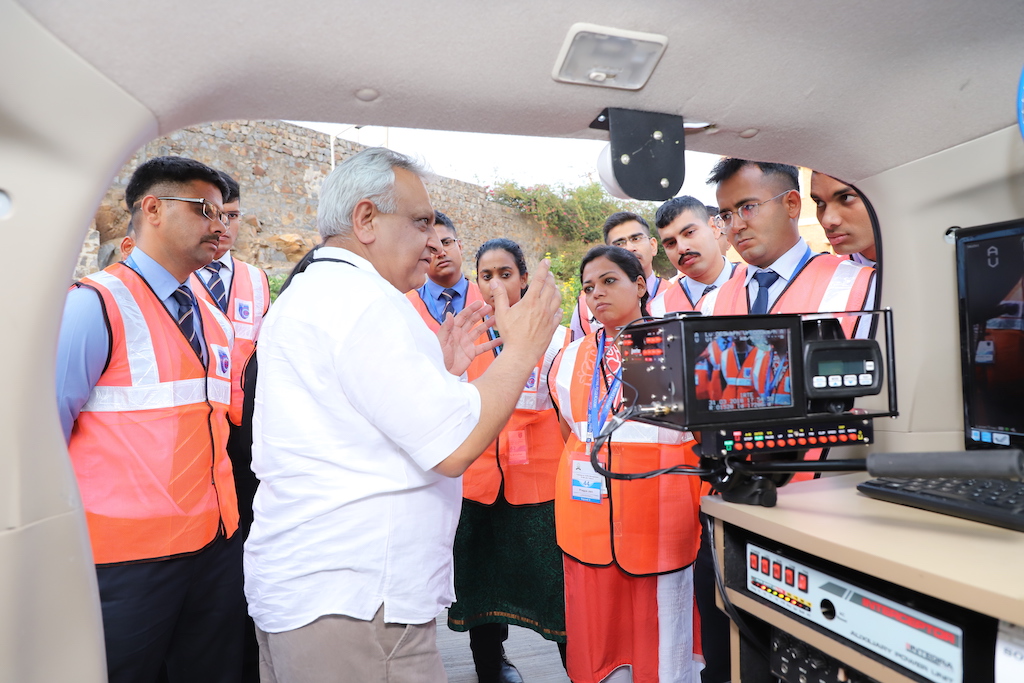 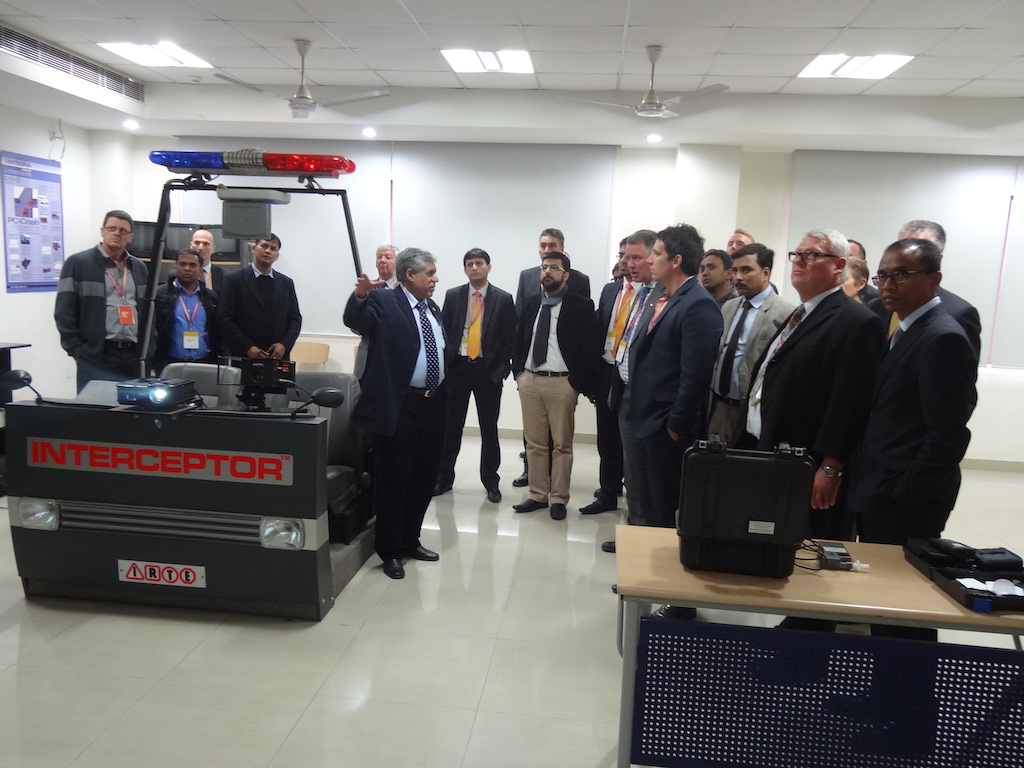 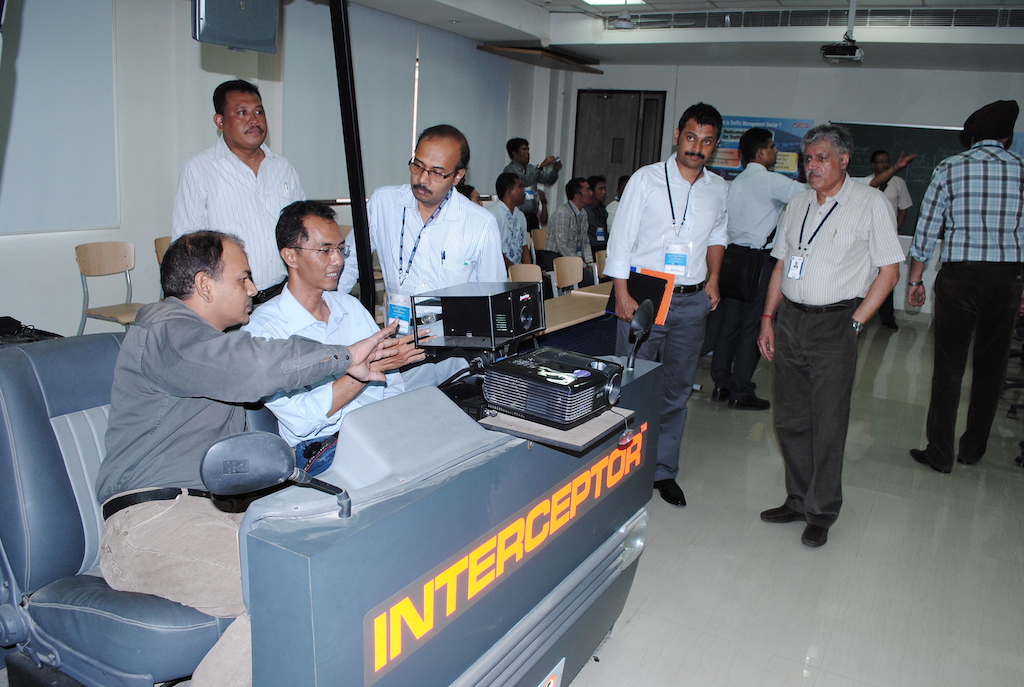 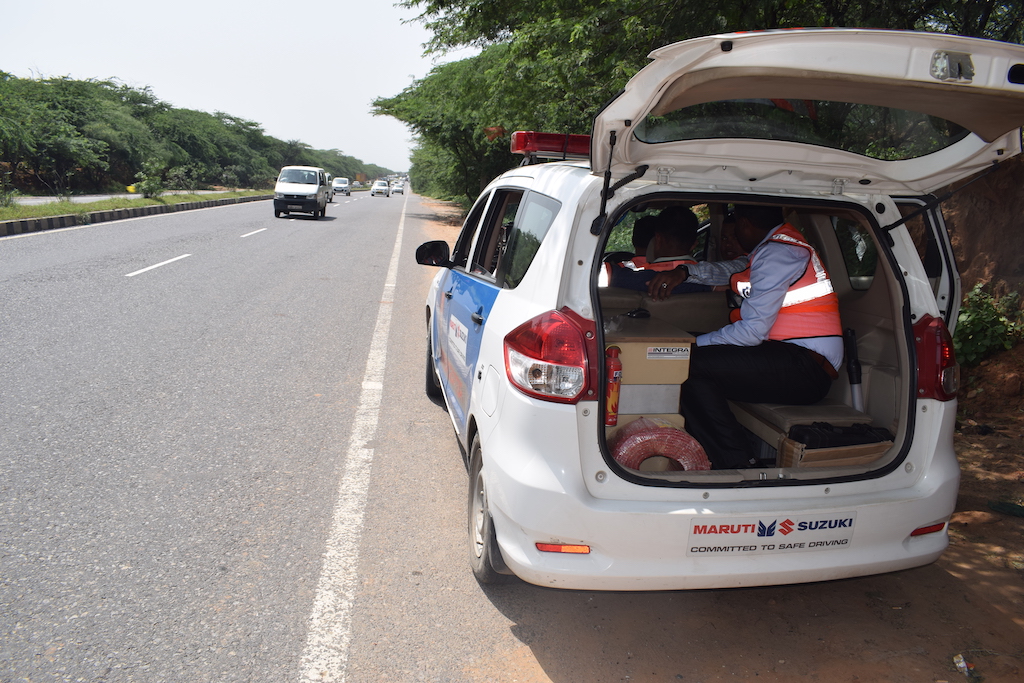