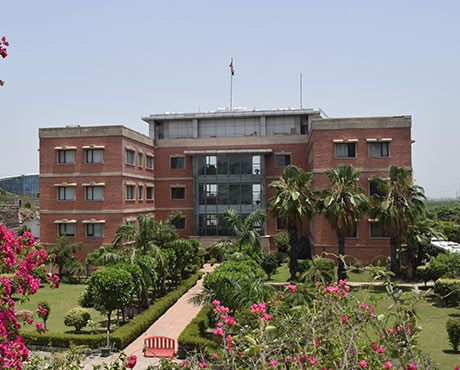 The Institute of Road Traffic Education (IRTE), established 31 years ago as a not-for-profit research organisation, is the country’s premier resource for capacity building in all domains of traffic management and road safety.IRTE has been training police officers (both for Indian Police Services & State Police Service), officials of the Army, Navy, and Air Force, paramilitary forces, newly recruited judges, highway & PWD engineers, driver trainers and drivers, transport officials, and motor licencing officers across India.

IRTE is a member of the United Nations Road Safety Collaboration and the Towards Zero Foundation. IRTE has earned roster consultative status from the United Nations Economic and Social Council since 2010. IRTE has also been participating as an observer at the Global Forum for Road Traffic Safety (WP1) of the United Nations Economic Commission for Europe (UNECE). The IRTE and UNECE have signed a Memorandum of Understanding in Geneva on the occasion of the 76th session of the Global Forum for Road Traffic Safety to promote road safety in India and Southeast Asia.

In 2010, IRTE established the College of Traffic Management (CTM), which has been recognized as the Centre of Excellence in Road Safety for Southeast Asia.

This was the first scheme that enrolled college students to participate in traffic management with the police while being awarded a fee that would help them continue their education. Awarded the Prince Michael International Award in London in 2001, recognising the unique initiative.

Teachers' Training Programme for road safety in schools. IRTE has developed a module and methodology to teach road safety education through the pre-existing subjects of the curriculum. Such education should therefore respect the NCERT principles of cognitive, content, historical, environmental, and ethical validity. Education must also address the current state of affairs.

This programme was initiated in response to a call from the oil industry to bring safety to their transportation: a thorough examination of the roadway system, including the FIRs of serious and fatal crashes, engineering flaws, and road user behavior, and supported by all facilities and systems available along the route.

This was developed primarily for the NHAI, to bring a system of road safety education to the villages along national and state highways. This would be done based upon safety audits, suggesting engineering improvements, and also training the police along the route.

University Students Awareness Programme in Road Safety has been initiated to create awareness amongst university students about driving regulations, techniques of defensive driving, the importance of seat belts and helmets, and the dangers of drunken driving.